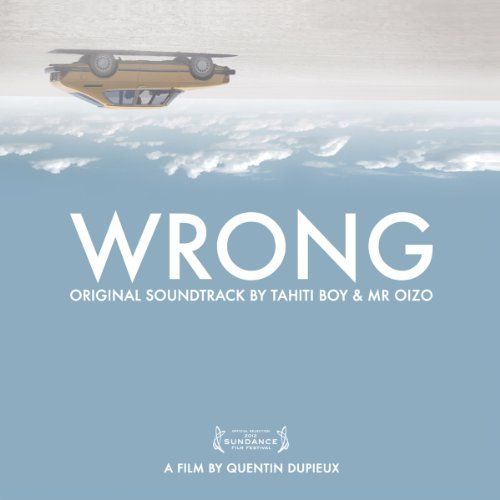 Wrong is Quentin Dupieux's new movie, the director most known under his musical alias, Mr Oizo. During summer 2011, while he was wrapping the movie, he started as usual to compose its score. He then had the idea to fulfill it with four hands, with David Sztanke aka Tahiti Boy, a French eclectic pop artist recently met on Twitter. Indeed, Mr Oizo, in a typical extravagant generous gesture, offered through the social network three mythic beat machines, including a TR-808 for which Tahiti Boy (among others) showed great interest. Tahiti Boy seemed to be the most suitable to use it with relevance, and the two artists became friends on this occasion. Mr Oizo then had the idea to entrust Tahiti with the completion of Wrong's score. Settled in Quentin's parisian apartment turned into a studio, David resumed the few compositions already directed by Quentin, and finished and completed them with others (on which he sometimes used the famous TR-808). Supervised by Dupieux, who approved or disapproved the proposition in a clear-cut manner, the work progressed fast and fluently. Then, by the end of the year, the two artists reunited to adapt and shape the compositions in an album format, that you now have in your hands. After 'Steak and Rubber, this is the third score from a Quentin Dupieux movie to be released on Ed Banger, and we found the particular atmosphere the first one already had , in the same time modernist, iconoclast and crossed by winks to the big tradition of Original Soundtracks made in France in the 60s and 70s.