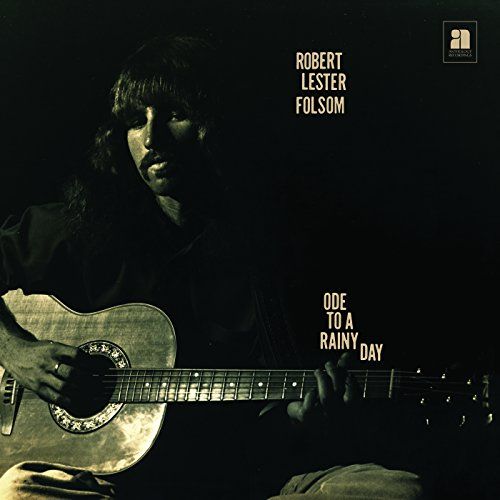 Anthology Recordings is pleased to present Ode To A Rainy Day: Archives 1972-1975, a collection of previously unreleased home recordings from Robert Lester Folsom. The 13 tracks in this collection capture the halcyon, wide-eyed experiments of Folsom who, after going halves in a reel-to-reel tape recorder with a friend, recorded all of this material over college summer breaks in barns, screened porches and bedrooms across Adel, Georgia. Folsom crafts a delicate form of folk-rock, with a knack for penning gorgeous ballads (See You Later I'm Gone, Can't See You), spellbinding instrumental explorations (Oblivion) and elements of dusty psychedelia (the farfisa-peppered Written In Your Hair and On And On). There are echoes of Neil Young (Southern Man was a favorite cover of Folsom's), Nick Drake and early Fairport Convention in Folsom's form and lyricism, that would later become more realized on his full-length Music And Dreams (1976). Perhaps just as precious as the songs revived in this collection is the youthful sense of excitement and experimentation that has been captured and preserved.