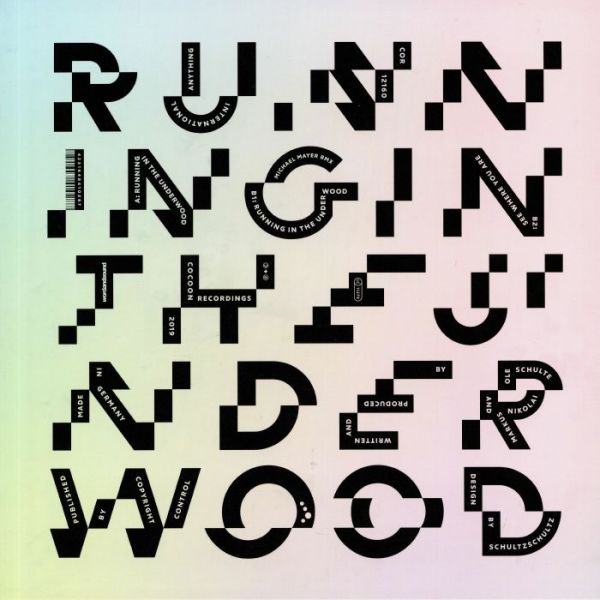 Cocoon Recordings has never been shy about pitching curve balls to the crowd. It also has an instinct for knowing what we want, even before we do! So here we are, with both these concepts in full effect in the form of International Anythings Running in the Underwood. Markus Nikolai and Ole Schultes fledgling project has already featured on both Cocoon and Nikolais ubiquitous Perlon imprint and the Frankfurt/Berlin axis represented by these two heavyweight labels is perfectly encapsulated in this summer anthem in the making.

Just like the recent Disco Rout remix package, Running in the Underwood channels the vibe of the early 2000s, one of the most creative and influential periods in German electronic dance music where some of the most influential genres momentarily converged. This release not only recaptures that moment  but emboldens it with state of the art technology that lifts it to another level. The low slung, smoldering intro suggests producers supremely confident in what lies ahead. The track creates intensity and momentum with sparse machine funk allowing maximum space for the dusty electronics to perform their elegant gymnastics while the hypnotic, cut-up dada logic of the vocals worm their way into your mind.

Its a pleasure to welcome back the iconic Michael Mayer on remix duties, who  turns in a peak time bomb with a significant amount of bounce to the ounce. Ring shifting electro beats slowly deconstruct into a booming 4/4 rhythm that carry the nervous staccato synths and surgically dissected vocal snippets forward. Mayer also lets fly with a rampaging old school bass line that leads in and out of the swirling breakdowns for maximum dancefloor pressure. Safe to say its an entirely different trip that perfectly compliments the original, taking it into uncharted and totally unrestrained territory.

See Where You Are is another song based groove utilizing a loose, swaggering bass riff designed to disorientate and disrupt. Disobedient synth lines trip the light fantastic while the monotone vocals speak the language of the dance floor, creating a classic interplay between rhyme and rhythm. Over time, everything crystallizes into a more solid arrangement giving the track a deeper, more self-reflective atmosphere through its lavish analogue instrumentation. Its a point that shouldnt be overlooked, scratch below the obvious dance floor appeal of International Anything and youll find masterful sonic sculptures at work.