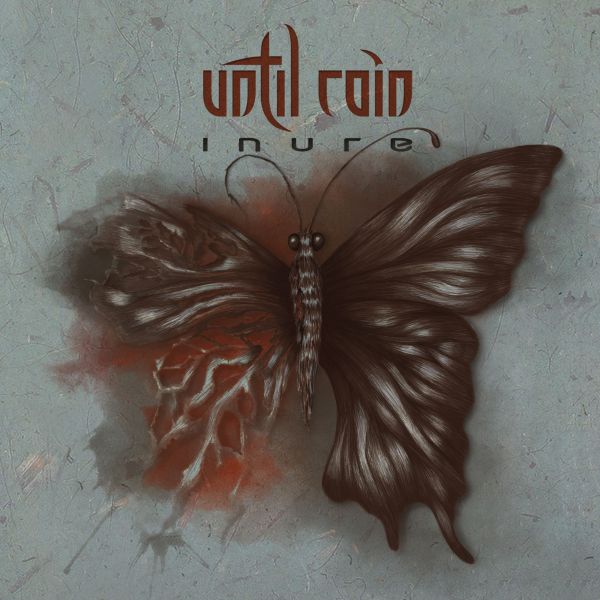 UNTIL RAIN is an alternative prog metal band which was formed back in 2008 in Thessaloniki, Greece. The band's music is a mix of many musical elements such as prog and melodic metal, art rock, electronic music, sometimes combined with extreme metal.

Since forming they have released 2 full length albums and 1 EP, gradually evolving their sound from pure prog/fusion to prog/power metal and arriving to their current sound, which is a mixture of dark alternative prog rock and metal.

UNTIL RAIN's first album since 2013's well received Anthem To Creation finds the band exploring the dark world of psychological/emotional abuse, loss and doubt and it presents the darkest side of UNTIL RAIN 'till this day.

Tempi got slower but also the soundscape got larger and as always a multitude of melodies and hooks will keep you head-banging and singing along to the songs of the album More to the point songs and less fiddling around, lets the new singer of the band Cons Marg (known for his work with Arjen Lucassen's Epic Choir) shine, while the rest of the band lays the foundation of some really heavy & melodic contemporary prog metal.

The 2 main composers/lyricists of the band Lef Germenlis & Theodore Amaxopoulos are surrounded this time by the ingenious bassist Linus Abrahamson (known for his work with Andromeda & Constancia), the Maltese workaholic-wonder Matthew Vella on drums and the multitalented Swiss/Thai female singer Donna Zed on backing vocals.

The album features beautiful artwork by the new greek artist/designer Nassia Kefala and a handdrawn cover, that completely represents the concept of the album and the duality of many inured people. They look lush on the outside and they are rotten on the inside!