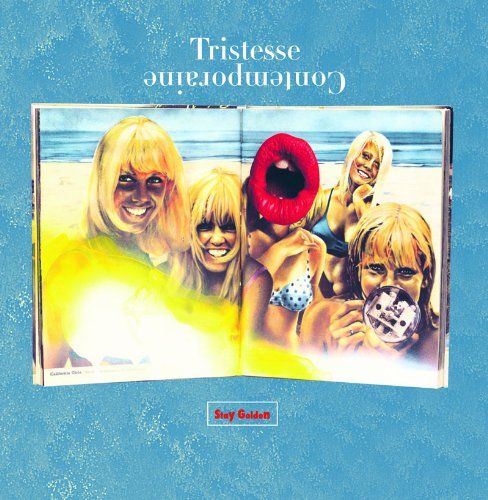 A stateless trio (Narumi is Japanese, Maïk is English, and Leo is Swedish), Tristesse Contemporaine chose Paris as their battleground. The sound of their first self-titled album, produced by Pilooski (Discodeine) in 2012, was immediately praised among the music scene and critics - raw and minimal, catchy yet mesmerizing, both poppy and spleen-heavy. Equally inspired by the ghosts of shoegaze, krautrock and Madchester, they aimed to write the soundtrack of an era that got lost into the nights. Songs like I Didn't Know , Daytime Nighttime , In the Wake , or Hell is Other People set catwalks (Chanel) on fire along with the music press and live venues, as much in France (where they recently opened for Pulp at the Olympia) as elsewhere, including Russia and Eastern Europe. After the Woodwork EP which announced the start of a new collaboration with the label Record Makers (and their original home, Dirty), Tristesse Contemporaine returns with a second album, Stay Golden, where the trio reaffirms with nine thrilling songs which stay close to the original DNA while daring to reveal new secrets of their identities. The uplifting pop of Fire, the abrasive rock I Do What I Want, through to the surgically precise house of Going Out, Stay Golden points the Tristesse Contemporaine projectors to the city skies as well as the twisted dance floors.