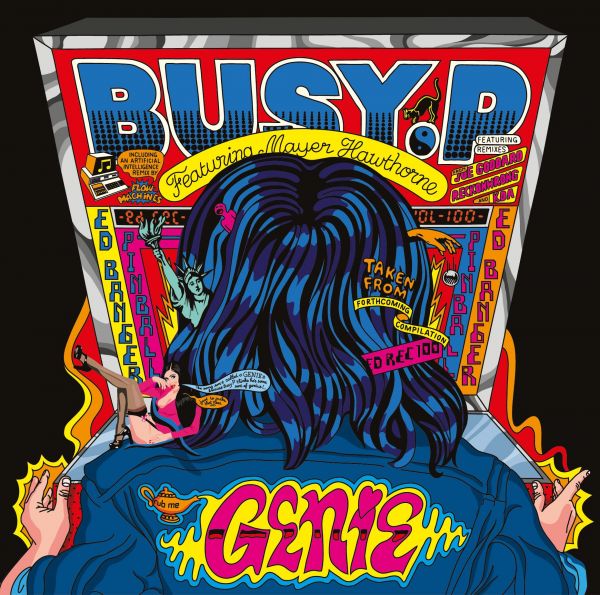 Busy P has recruited one of our favorite new producers for a remix of his new single, Genie, and the results are absolutely genius. FACT Magazine

For its 6th release on Ed Banger records BUSY P asked his longtime friend from Los Angeles MAYER HAWTHORNE to write a love song. While the world is going crazy, the only answer is love. The song was recorded between Threesome Studio in Paris and Mayers own in L.A. To complete this EP, weve asked UKs finest producers. The mysterious KDA whos topping UKs charts, delivers an infectious remix with mental drums and funky twist. Hot Chips main man JOE GODDARD has been one of my favorite producer ever. It was about time to have him on board! RECKONWRONG dropped the hottest EP of 2015 on Young Turks sublabel Whities. His remix is pure magic. Exotic beats with techno flavours. Last but not least, we went experimental on this one! This is the first FLOW MACHINES remix. The goal of Flow Machines is to research and develop Artificial Intelligence systems able to generate music autonomously or in collaboration with human artists.