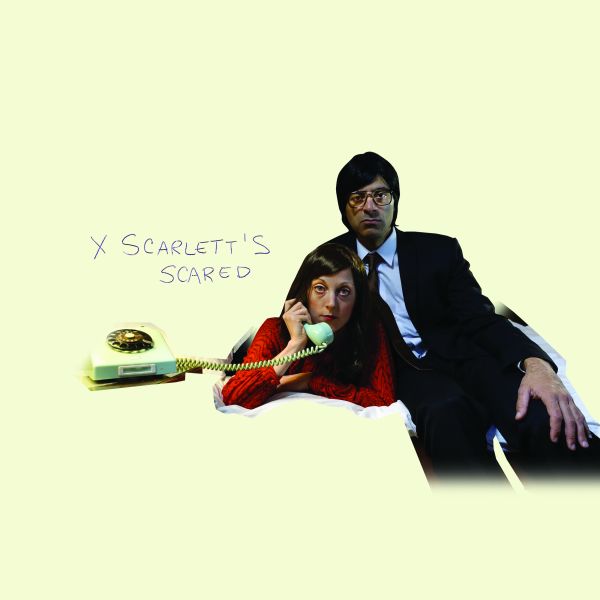 SCARLETT'S FALL is a duo formed in 2014 by Ruth Childs (British-American performance artist and singer based in Geneva) and Stephane Vecchione (Swiss performance artist and musician based in Lausanne). They define themselves as dirty-girlie-kitchen-pop mixing catchy melodies and repetitive looping with fragile vocals and provocative texts. Out of their playfully ironic and poetic universe you can ear shades of CAN, Broadcast and Young Marble Giants. SCARLETT'S FALL toured their first album all over Switzerland and supported Tricky, Peaches and Anika.

The Album: SCARLETT'S SCARED is SCARLETT'S FALL ironically seductive second album. It all started with an (blue) demonstration vinyl entitled The Incredible Sounds of the Synclavier II released by New England Digital Corp in 1981 to promote the first digital sampling system. Its content gave the basic atmosphere for the whole album: each of the 10 tracks samples a specific Synclavier sound. Add haunting melodies, mysterious vocals and fun beats and you get SCARLETT'S SCARED complete. As the title suggests SCARLETT'S SCARED is about being scared and takes its roots from vintage movies such as Klute (1971) and Metti Una Sera a Cena (1969) that deals with phone stalkers, insomnia, sexual tension, vampires, ghosts and explosive watermelon attack!