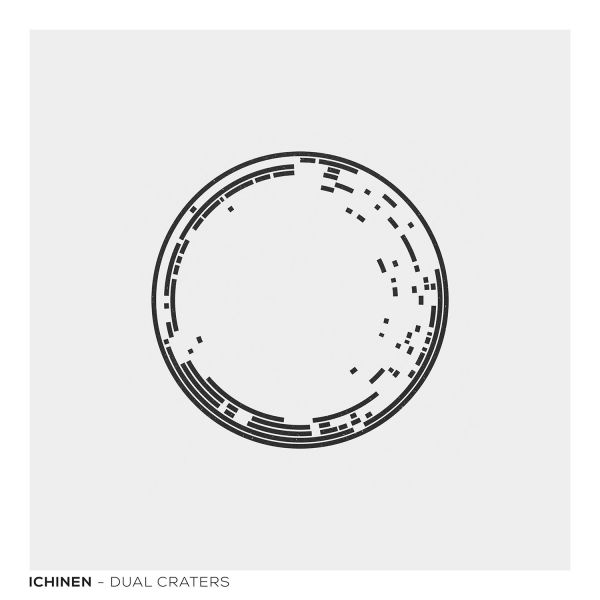 The complementary duality that is Ichinen is the raw expression of Roberto Bosco and Kiny. 2017 sees them return with the proven form of their alliance, kicking things off with the Dual Craters album. Produced through live sessions in their native Salerno, this album embodies the symbiosis of their individualities. Traversing the universe much like lone comets, the two land on a single planet with a resounding crash, leaving deep craters on two opposite ends of this floating sphere. But despite their being unique, they are also perfectly matched in shape and form. It is this mirror dynamic that makes Ichinen output so immersive. Roberto and Kiny each bring their own take to music yet create a singular, relatable narrative through their collaboration.Tracks like First Impact and Strangely Comforting - with their sidereal atmosphere and sparse drum arrangements - paint a picture of the interplanetary journey that brings Ichinen into being. Lander and Small Martian offer a peek into the planet onto which the lone comets crashed - a space filled with expansive, empty land and unfamiliar inhabitants.The second half of the album moves into a realm of revelations about where we are.