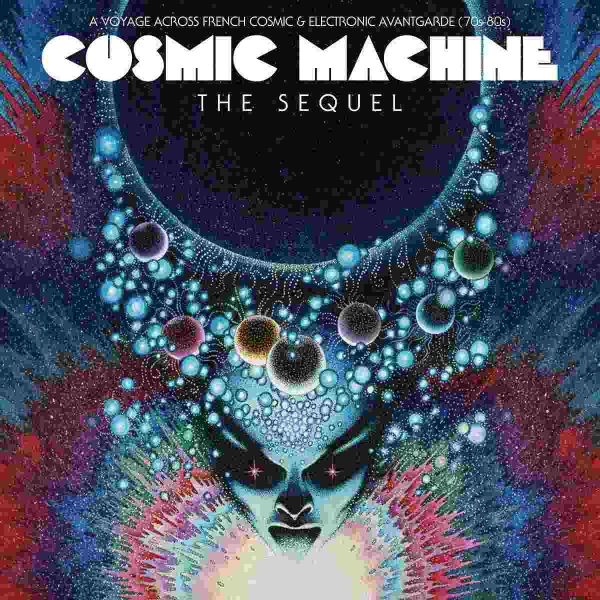 Here we are with the new edition of Cosmic Machine! This sequel that comes after Cosmic Machine released in 2013 is a fantastic journey through time and space, and we know that you've been waiting for this new edition. So let us take you the Milky Way At the time, musicians were trying to capture the singing of meteorites entering the terrestrial atmosphere thanks to machines developed by NASA engineers, a new generation of analog synthesizers that enabled a bunch of electronic music composers to take over the charts. It seems that the machines were definitely made to serve a radical avant-garde, and many years later, we're glad to be able to listen to it with perspective, and most of allto dance to it! While moving your feet to Cosmic Machine The Sequel, you might identify Francis Lay, recognized as one of the best music composers in France, as well as Rosebud, who had the audacity to remix the main theme from the movie More, created by The Pink Floyd. You'll also find Les Soucoupes Volantes Vertes from Heldon, band led by Richard Pinhas, a real visionary of electronic music. Pascal Comelade, a friend of his, and worthy heir of the American minimalist music also appears on this record, with a cold electronic sound called Mouvement Décomposé d'Un Coup de Marteau. Arpadys, for their part, make an apparition with a way more tribal and spatial track that will doubtlessly make you turn the volume up. Christophe, is featured too in COSMIC MACHINE THE SEQUEL. We decided to include Harp Odyssey, a track influenced by his collaborations with the electronic master Jean-Michel Jarre on 2 of his albums. Of course, Jean-Michel Jarre is an undeniable master, but he also had his: the father of electroacoustic music, Pierre Schaeffer that used to head the Group of Musical Researches, a real musical laboratory in which both artists have worked together, trying to experiment new sounds. You'll be able to listen to one of his tracks Moins Banak / Interlude ou Impromptu. Finally, the legendary Pop Corn instrumental from Anarchic System will probably take back to the surface some nice memories