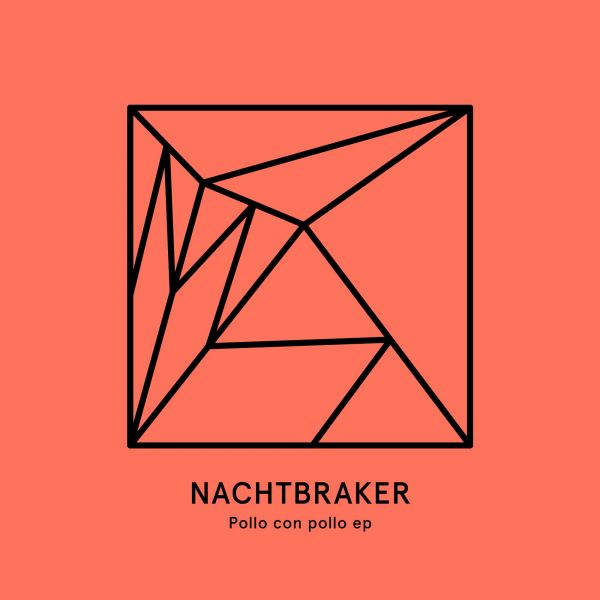 'Gotta act to react' drives on a saturated bassline, a hypnotizing guitar lick and some seriously loose hi-hats, but really delivers once those hard to place filtered hits come in. 'Pollo con Pollo' is potentially Maurits' most clear attempt at a straightforward groove, with a lovely dreamy guitar loop running throughout the track. Add his loose sense of arrangement and changeovers, and it's still anything but straightforward. The B- side gets nice and weird with 2 versions of Intermezz(l)ow, the one being a lovely textured interlude and the other a rough drum workout built around the same theme.

When we asked Maurits who he wanted to have as a remixer, he suggested he'd do a remix himself. We knew better than to argue with him, and since he is who he is, we're not entirely surprised he came up with a great dubbed out acid-tinged flip of 'Gotta act to react'. This EP really shows Nachtbraker's steady rise and will most likely take him out of the shadows he so enjoys, into headline territory and we're glad to support him in this journey.