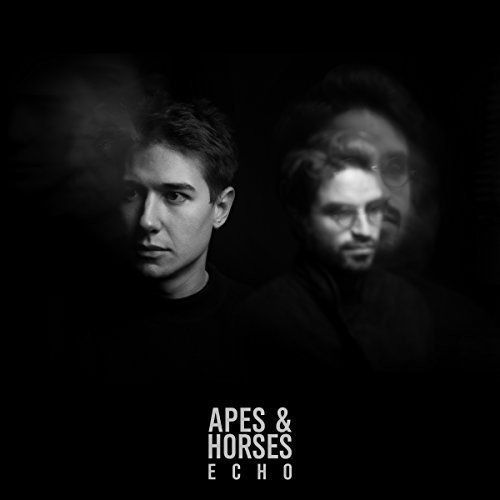 After the critical success of their first EP Bleu Nuit released in 2013 at Craki Records' and their sold out French tour opening for Mancunian band Wu Lyf, Apes & Horses are back on 27th May, 2016 with a new mini-album called Echo, released at Because Music's. Aurélien Hamm (voice, music) and Pablo Altar (keyboards, production) deliver us a dark, divinely vague, spacious and sensual pop. In this record, feelings are expressed through a sublime and moving haze, but there are still turbulences beneath the surface, seduction behind sadness The EP has been produced by Ash Workman (Christine And The Queens, Metronomy, etc), and the management is well carried out by the promo director of Beggars UK and Tony Wilson's former assistant (the boss of the legendary label Factory). A fantastic team for a promising band.