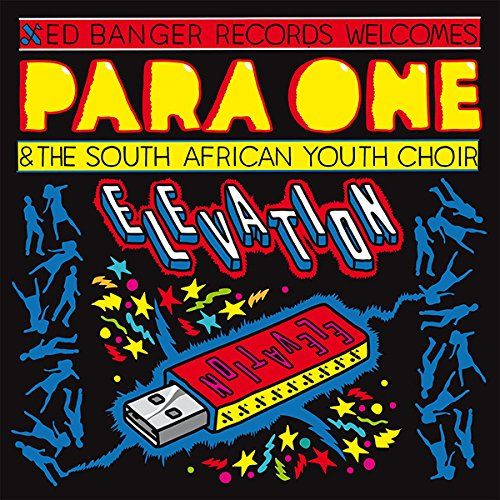 First, let me pay homage to Institubes and the codeine generation who discovered Red Bull in 2003. Para One, Teki and Tacteel were on the front line just like us making the French scene stronger and even more exciting after the first French Touch wave. In 2004 for the fourth release on Ed Banger we were looking for french artists who were killing it, pushing boudaries, those we wish we had signed. Three names : Para One, Feadz & Jackson. Both Feadz and Para One accepted to remix Krazy Baldhead's first EP, this record is very special to me, we pressed 2000 copies. In the meantime, Para One produced the most ambitious french rap album ever, TTC Batard Sensible . You can't stop him! Beat Down and Clubhoppn are the new Trax on da rocks of a generation ready to stage dive, breakdance and rave! In 2006 I asked him to remix Daft Punk Prime time of your life , the same year he released his first album Epiphanie ... what a year! It's been 10 years now, Para One has been producing, remixing and always re-inventing his art. He has slowly become one the most experienced and talented artists in the game. It gives us great pleasure to announce the signing of Para One to Ed Banger records. A new chapter in his career, a new challenge for the label, 12 years of breaking boundaries in electronic music, pushing french producers all around the globe. Para One & the South African youth Choir Elevation is released by the end of this summer. Another single this winter. Para One 3rd album is due in 2016. Pedro Winter, June 26th 2015