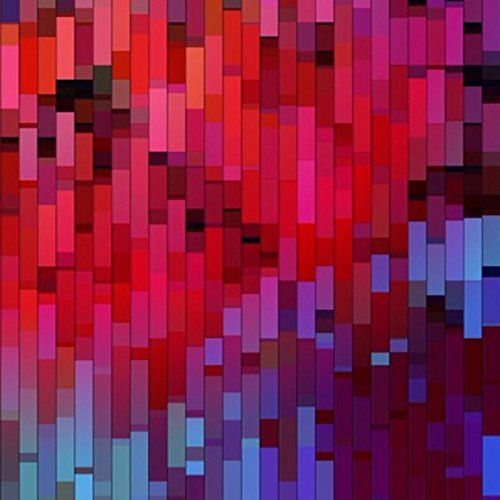 British musician Jo Johnson's debut solo album for Further Records, Weaving, betokens an exciting presence in the world of minimalist composition. Ancestral Footsteps opens the LP with cascades of cyclical harp-like sounds, an homage to one of Johnson's primary inspirations: Alice Coltrane. Channelling rigorous new age and mesmerizing Riley-esque/Reichian minimalism, the piece accrues heft and intensity, with occasional bursts of synthetic, tribal clapping until it fades out with cinematic flourish.

The title track gradually alters simple guitar and keyboard phrases, along with a chiming motif that multiplies in a hall of mirrors. The disorientating arpeggios form moiré patterns against colossal bass notes. The mood lightens considerably with Words Came After Music, whose sweeping strings and drones could take you to whatever your idea of heaven is. Interestingly, the title of the piece is inspired by an anthropological theory Johnson stumbled across that musical ability predates language in humans. With its sombre, undulating synths and lustrous highs and lows, In the Shadow of The Workhouse plumbs profound emotional depths. Epic closer Silver Threads starts as an almost silent retreat in the vein of Laurie Spiegel's Appalachian Grove or Eno and Budd's The Pearl with the faint hum and buzz of telegraph wires, until four minutes in a stoic pulse and suspenseful chiming motif arise, buttressed by glowing synth sighs and the LP's only percussive thumps (think Incunabula era Autechre).