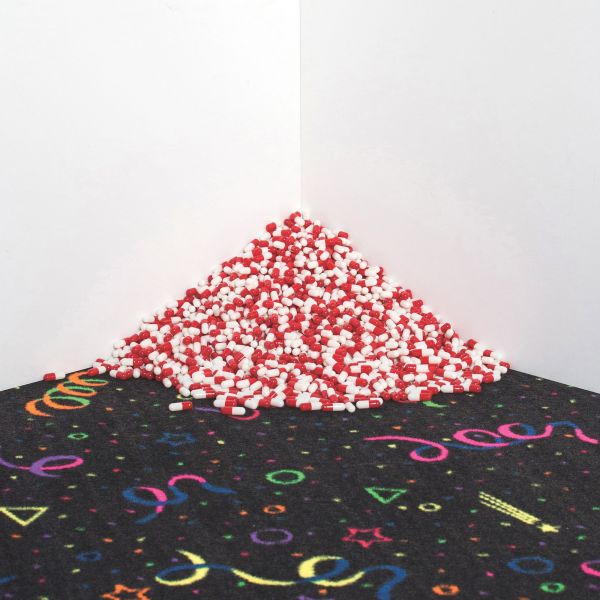 Mexican Summer present Convenience by Pill due for release on the 19th august 2016.

Convenience skids like a garbage truck with no brakes, barreling through passages of guitar chording bent at the wrong angles and ring-modded riffs aligning with Benjamin Jaffe's expressive sax before splitting apart into chaos. Veronica Torres assumes double-duty between vocals and bass, while Jon Campolo plays three instruments in the live setting and Andrew Spaulding four, including circuit-bent noise rigs of their own invention. Veronica's words are delivered with the speed and frenzy of someone with their life on the line, but she's also able to slow things down in a gesture of dominance, confidence, and trust. This band is wise enough to know that safety is fleeting, so they take their digs when and where they can. Given Pill's backgrounds, their music advances a notion of what the punk spirit of NYC might be: the capture and distillation of the energy and friction that comes from living amongst so many people in such a confined space. The idea seeds in free jazz and improvisation, reached adolescence in galleries and loft spaces in the '70s, found politics in squats and independent spaces, and it grows stronger the more these several sensibilities are practiced ands stewed. Call them No wave, post-punk, noise, they are immune, content to head off in a direction of their own design.