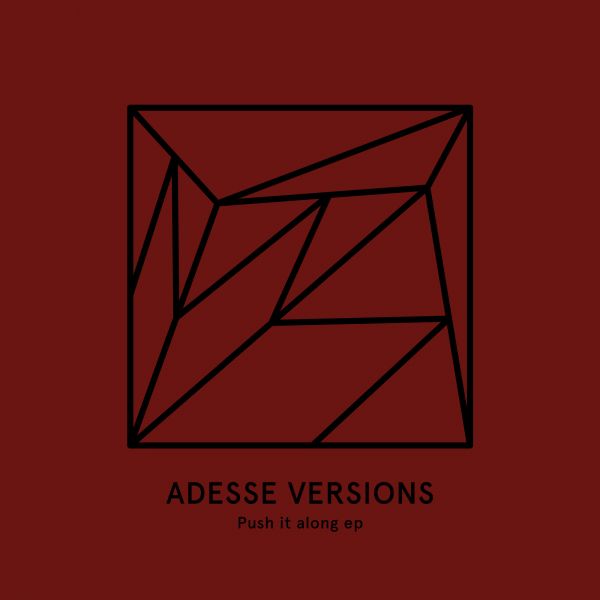 For those of you wondering what Adesse Versions was doing at our Heist Boiler Room this summer in London, the answer is here. The Push it along EP for Heist is Adesse Versions first appearance on our label and features 4 stunningly raw and warm originals, and an amazing remix by New Yorks ambassador of funk: Ge-Ology, together with multi-instrumentalist Marc de Clive-Lowe on keys. After having released numerous records for Jackmasters Numbers, Local Talk and Toy Tonics, were happy to welcome Adesse Versions to the Heist family. When he sent us his demos we had the tough job to choose the right tracks, cause there were just too many. The selection on the Push it along EP features what we feel are his purest work up to date. With only a small amount of elements, he manages to create such a big and warm sound, finding a great balance between gritty percussion, rich analog synths and funky sampling work. Opening track Tout it is built around an ever evolving arpeggiated synth, a dancehall-esque percussive riddim and lovely pad work. It builds up slowly, without ever becoming dull, changing small elements and adding momentum with each step. E to E is based on a chopped vocal looped to bits (only shouting: E, E, E, E, E..), dancing hihats and a rolling bassline, whereas Geology flips the high energy original into a classic deephouse tune that fans of Larry Heard will love. The steady bassline and trianglework form a perfect canvas for MdcLs work on various synths, adding layer after layer of melodrama. The title track goes for the same recipe as Tout it, with fierce snares laying down the rhythm and a far away disco sample adding the right dose of funk. Ebony Roses is the final track of the EP: A beatless groove built around a spoken word vocal with dreamy piano work around it building up suspense as the track evolves. Weve been playing this EP over the course of the last few months and its been getting great response, so were happy to finally share it with you. Sincerely yours, Lars & Maarten